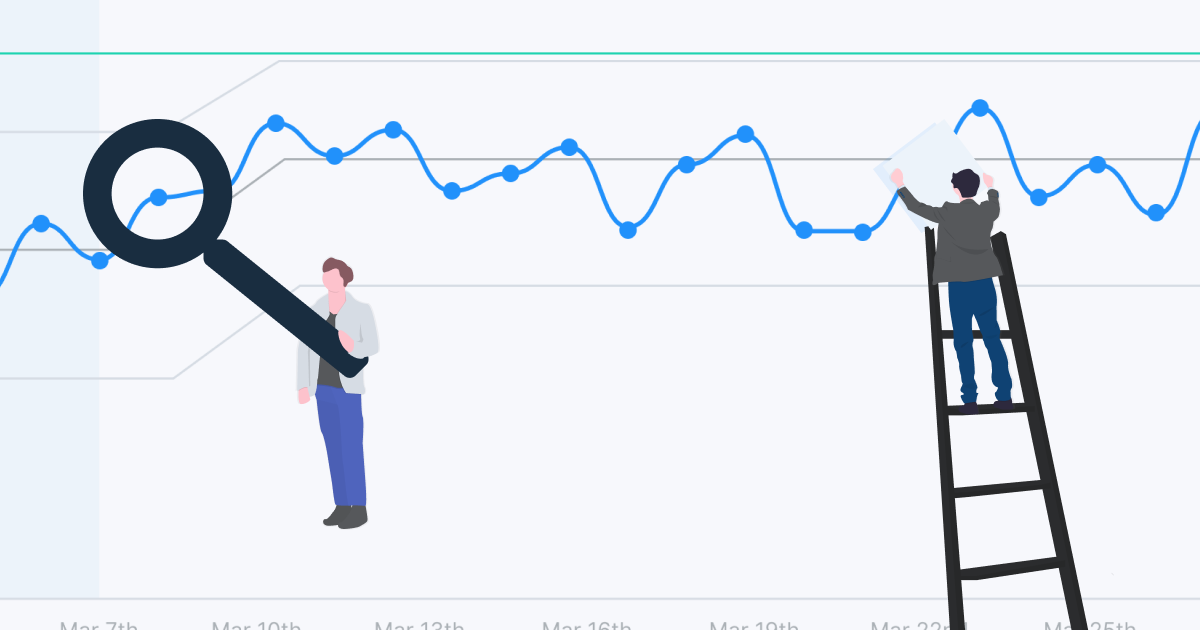 In this article, we'll look at an example of a predictable system and some approaches to improving the average line.
July 15, 2020

In this article, we'll look at an example of a predictable system and some approaches to improving the average line. If you have not already, you can read the previous articles to better understand the value of a Statistical Process Control (SPC) chart and how to analyze one.

In the previous articles, we went through an example of a production line's product output over 30 days. Let's take a look at that example again, but with a different scenario. In this new scenario, the SPC chart is predictable but underperforming in terms of product output that's nowhere near the expected goal line. When presented with a predictable, but underperforming SPC chart, the focus should shift to working with managers and team members to find new ways to boost the metric, while also reducing variation.

When a company is faced with this particular problem, having a problem-solving culture becomes a powerful tool for your organization.

You can read more about how to build a problem-solving culture with WorkClout in 5 steps here.‍

As managers, we might hold a quick meeting with the team and ask for new ideas on improving production product output. Asking team members who are on the front lines of production for ideas is most effective because they experience inefficiency first-hand.

Besides asking team members for ideas, you can also spend some time to observe the production line from a distance to see if there are areas that can be optimized.

Testing a single idea, one at a time, might be the surest way to prove a cause-and-effect relationship between a change and the metric by looking for signals that indicate a difference in the metric. The most substantial and most immediate signal to keep an eye out for would be a Rule 1 signal. Having to wait a long time to confirm if the idea implemented sustains a positive effect is not ideal. Instead, observing the SPC chart and metric over one or two weeks would be a better time to decide if the metric has changed. Below is an example of what your SPC chart might look like if a positive idea was implemented and measured. Note the grey area where the idea was first implemented caused the average line to increase and sustain over time.

On the flip side, some might argue that testing a single idea one at a time before reacting might be too slow, however sometimes "slow and steady" does win the race as it allows you to maximize learnings about the changes. We've found this particular method to be most effective if you have a predictive SPC chart that you are looking to optimize instead of drastically improve.

Depending on your organization's circumstances, it might make sense to try more than one idea at once. If the average line on your SPC chart is drastically below the expected benchmark, implementing as many ideas as once to improve the SPC chart could drive results quicker. The tradeoff from doing this would be reduced learning derived from an SPC chart because of the unclear cause-and-effect relationships.

This article concludes the three-part series to help give you a better understanding of Statistical Process Control charts and how to utilize them to succeed with WorkClout. If you have not already, read how to build a problem-solving culture with WorkClout in 5 steps.

The #1 QMS In The Industry For Manufacturers
Get control of your quality. Get results 10x faster.
Try WorkClout Now